How Sweet It Is

Posted by Joe McGinniss Jr. at 7:47 AM No comments:

check out TDM at the UO website...here's a link:

http://www.urbanoutfitters.com/urban/catalog/category.jsp?navAction=jump&navCount=168&itemCount=&id=APARTMENT_FURNISH
Posted by Joe McGinniss Jr. at 12:13 PM No comments:

The UK publication is proceeding...here's the cover.

The next thing is coming together.

Julien is walking. He's a year old. Twelve months and twelve days. His first word is "ball." Though it comes out "gawl." He picks up any ball and says "gawl" and throws it. "gawl..gawl..gawl." He climbs the couch like a ring-tailed lemur. He waves hello and goodbye. He dances, knees tucked under butt, bouncing up and down and smiling, to the plastic tunes that emanate from his plastic playpen when he hits any of the translucent colored plastic panels. He flops, letting his muscles go slack, passive resistance to being put down. He turns the pages of his little picture books when left alone in his crib or on the floor and giggles at each new image as he goes. This little half-laugh that's almost forced, like he knows he's supposed to react, show appreciation each time he greets the same red pail or dancing pig. He's turning me into one of those parents who post all the amazing little things their baby does. Apologies. His head's too big. He's too skinny. He doesn't eat enough. He eats too much. He should be talking. He's inside too much. He's anti-social. He's too light. He's too brown. His hair's too thin. His hair's too curly. He doesn't have enough. He has too much. He has a mohawk. His teeth are crooked. He's awake too late. He's up too early. He can't talk. He won't eat peas. He poops too much. He hasn't pooped in days. He's obsessed with a plastic pig, sticks it's head in his mouth like it's a pacifier. He has his pacifier in his mouth too much. He'll never talk. He says "gawl." I don't read to him enough. I read the same book too often. You're supposed to. You're not supposed to. He found his peter, but only remembers it when his diaper's off. That'll change. I gave him some mashed up Gerber's chickenvegtablesoup-from-a-jar that was all pasty and thick. He refused it. I couldn't figure out why. Perhaps heating it up first would help. Maybe reading the directions on the little jar would help. But I'm tired and he's crying and when will the second book get written and what will it be about and why do I need so many Advil when I haven't played "gawl" in a week?

Amy Hundley at Grove closed another foreign sale of TDM to Editura Trei in Romania. Thanks, Amy. Good times.
Posted by Joe McGinniss Jr. at 8:35 AM No comments:

Sales are strong and have actually gotten stronger -- so thanks to the word-of-mouth folks. And thanks again to our cover girl -- that face is selling books!

The third printing is in stores now. What's different? On the cover is the NY Times Editor's Choice mention and on the back are quotes from various reviews. Inside are the blurbs from incredible and generous writers: Roland Merullo, Jim Shepard, Craig Nova, Jill Eisenstadt, Michael Korda and George Pelecanos. And still, the cover-worthy quote from Janet Fitch remains on the cover. Does anyone other than my wife and me care about all of this? Of course not. But it's fun just the same.

Posted by Joe McGinniss Jr. at 9:37 PM No comments:

Urban Outfitters and the UK...

Got some nice news this week. TDM is being distributed at Urban Outfitters across the country and is apparently selling well - they actually want to order more. If TDM is holding its own along with "Everyone Poops" well, you can't beat that.

Heard from the British publisher and wonderful editor Sarah Castleton recently, they hit a snag and were unable to use the planned cover, but the new one is even better...so good times...oh, and Frances Owen, the pub director at Atlantic Books (UK) has arranged an interview with monthly mag Dazed&Confused...

Movie stuff is still moving forward...script being crafted...movie people acting like movie people...count on nothing until you're wiping your buttery fingertips on your jeans as the opening credits roll...
Posted by Joe McGinniss Jr. at 9:40 AM No comments:

Finished in LA -- Booksoup on Sunset Blvd. Standing room only -- seriously. [A friend sent this picture -- with a "special guest" in the audience]. Bret's got some fans out there. He introduced me and said some very kind words. My boy Jon flew out to hang out and we gawked at the bodies lying around the pool at the Standard where everyone looks just like somebody. The food was incredible. The girl who cut my hair is leaving LA but still did a decent job for a fair price. Thanks to Dennis and Jack and Monique and Tyson and Joseph and Jeff Hobbs and others who braved the brisk 58 degree evening to see/hear Bret and me. (but no thanks to the very sketchy, sadly demented man at the end of the signing line who asked if there were celebrities in the store and proceeded to tell me that Keanu Reeves molested him and his sister and he wanted my help and it was just me and him in the back of the store and no one else and his right hand was buried in his jacket pocket as though clutching something...time to go!)

Otherwise, simply Magical for me. And Creighton Vero has written something special, his adaptation of THE DELIVERY MAN for the screen is explosive. I read three scenes -- trying to be objective but getting goosebumps reading the names Michele and Chase in Final Draft form -- and it's amazing. Had a nice meeting with Ryan Howe of Whitsett Hill Entertainment aka The Producer, and Creighton at the Standard. Cliche alert: Producer, screenwriter, both with perfectly spiked, coiffed hair, looking the part in the best possible way, sitting poolside with writer of the novel being adapted on the blue astroturf under a bright yellow sun surrounded by topless women slathered in oil, face down on chaises and cute little waitresses with white tennis skirts and argyle socks and sneakers...trying to talk about increased production budgets, scouting locations, landing a director, talent that will be available, how many people might want a role in this thing, trips to Vegas. Cliches become cliches for a reason. I was living one. Who am I to complain?

Everyone in San Francisco, Peter at City Lights especially, was so kind. In Portland, Powells, amazing. And thanks especially to my new crew in Portland who took me out and fed me mac 'n cheese. What a great, gray city. Seattle ... thanks to those who braved the ... cold? ... to come out. Both of you!

And Las Vegas. Yes, it's true, standing with Jeanine at the Avis counter trying to get our car, the kind man in the red vest says, "for 5 bucks more a day I can put you in, say, a Mustang convertible." Readers of the book will get this. We stuck with the Ford Taurus....yeah, right. Scott Dickensheets was special enough to be there, way across town, after another long week of making the Las Vegas Weekly the best newspaper in Vegas. And to Kendra -- if you read this -- get in touch. And thanks for speaking up and reaching out. And to Jose and friends -- it meant a whole lot meeting you and hearing your stories. Thanks for making the trip so memorable. And obviously Mike at KNPR for the questions and for saving my publisher cab fare by driving me to Mandalay Bay. (should have stayed at the Palms).

But home again, at last. Julien took a couple of steps today, right into my arms.
Fade to black.
Roll credits.
Posted by Joe McGinniss Jr. at 6:10 PM 2 comments: 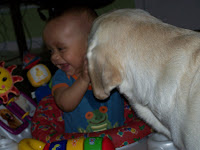 Thank you to Juanita and everyone else who braved the cold to hear me read and to ask such wonderful questions about the book at the Joseph E. Coleman Library. My first reading ever. And you made it a memorable one.

And to everyone at Borders on South Broad for doing such an incredible job with my first bookstore reading. The attention to detail and thoughtfulness of every staff member there was quite something. And of course, thank you to each and every member of my family and friends who helped make the night unforgettable.

But more importantly -- Si Se Puede. Turn the page. Join the movement. Donate today. This can happen. So glad we're around to see it.
Posted by Joe McGinniss Jr. at 7:30 PM 1 comment:

Spain, Italy, Denmark, the UK and Turkey. Good times.
Posted by Joe McGinniss Jr. at 11:08 AM No comments:

If you get a chance, check out today's USA Today, there's nice stuff in there. "McGinniss offers a fresh take on the seamy side of Vegas by focusing on the wasted lives of burned-out teens hooked on drugs and money. Even CSI doesn't dig this deep."

The only thing better than the New York Times book review 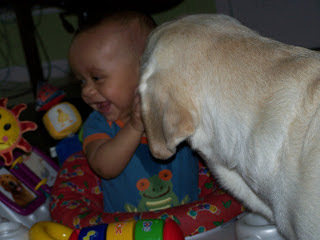 Posted by Joe McGinniss Jr. at 6:21 AM No comments:

Worth checking out. Really, really worth a look. I'm a Believer now. Very exciting!
Posted by Joe McGinniss Jr. at 9:00 PM No comments:

So the book is "official" on Tuesday. Enjoy!
Posted by Joe McGinniss Jr. at 9:33 PM No comments: 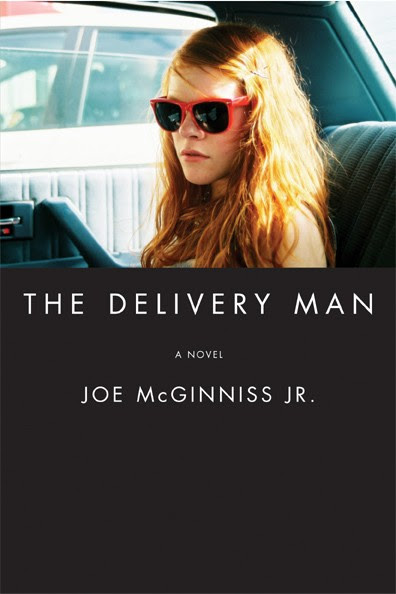 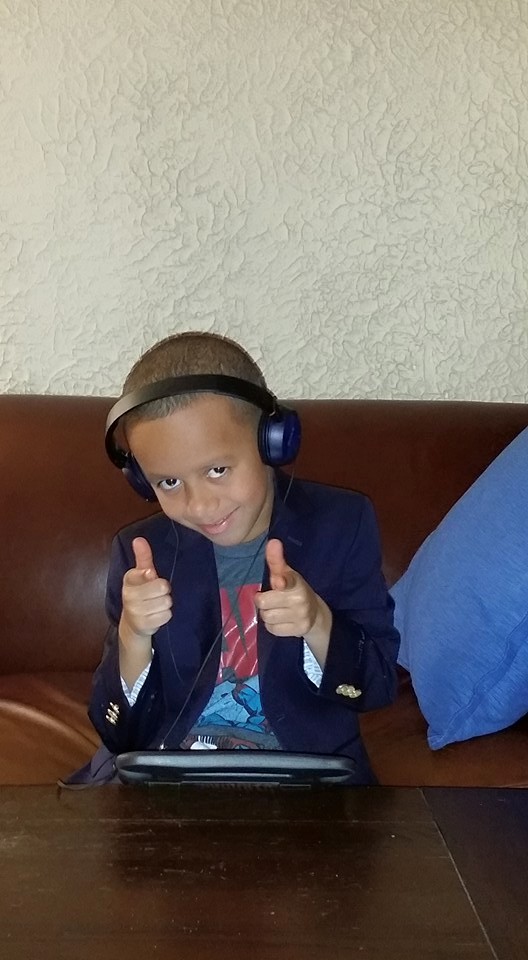 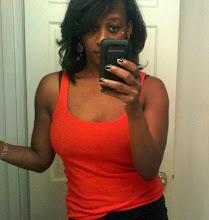